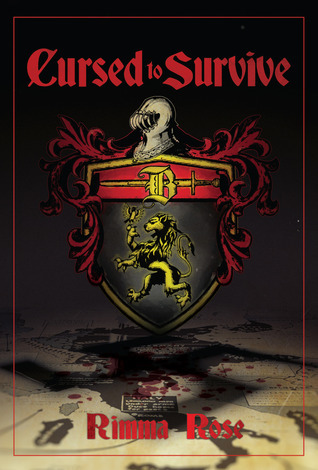 It takes a unique look inside the mind of a patriotic German nobleman with unusual gifts and immense opportunities for glory and domination. We witness the often horrific events of the Holocaust through his eyes, as he falls madly in love with a daughter of a Jewish doctor in the midst of the Nazi reign. Cursed to Survive is a historically accurate, easy-to-read and passionately engaging novel. It’s a ‘beauty and the beast’ story of the Holocaust filled with tragedy, real history and a sobering analysis of love, family, friendship, patriotism and other important concepts.

The novel features a beautiful, young New Yorker named Rose Blackford Stern who has it all, including a highly prestigious job with the most influential fashion magazine in New York City. But as readers soon learn, having it all doesnt mean that the search for something beyond the material ever stops. Rose encounters the stunningly handsome Max at the grave of her late grandmother. Max is enigmatic and the subject of Rose’s obsession from the moment they meet.

Rose has a seemingly perfect life, yet she is unable to shake the emptiness that has consumed her since the death of her beloved grandmother, Aliza, three years prior. Max first meets Aliza when she is a teenage girl in pre-World War II Germany. Max comes from one of the oldest and wealthiest noble families of Europe.

The attraction between Maximillian and Aliza is instant and overpowering, albeit impossible -- a German aristocrat could never be with a Jewish commoner. As the Nazi movement gains momentum, their country is shattered and their deep mutual connection becomes deadly. Aliza loses her entire family and lives through horror and abuse before Max infiltrates the Third Reich and rescues her. Nearly seventy years later Max’s unusual gifts have brought him to New York, to Aliza’s granddaughter Rose, and perhaps to another chance at love.