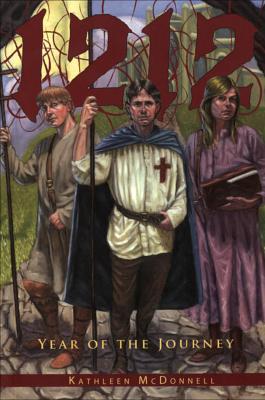 Summary: Blanches city Béziers gets attacked by a crusading army because that city contains heretics, but Blanche survives by hiding in a wool barrel- she loses her family and is put in a place where she is taken care by nuns.

Étienne a Shepard has a dream where he is visited by Saint Nicholas, and is told by him that he must lead a crusade a children. Étienne looks for support in Paris, but gets rejected by the king, but with the help of his new friend Abel, the two gain much support as they head to Marseille, with Étienne preaching their way there, they also on the way there met up with Blanche who ran away from the nuns .

When the got to Marseille Étienne believed that the waters would part for him like they did for Moses, but they did not and instead they were offered to ride on a boat for free from some merchants, which turned out to capture and sell Abel, Étienne and the crusaders as slaves, ( Blanche stayed in Marseille for she was afraid something bad might happen).

Étienne gets martyred, and Abel becomes an adviser of the sultan in Egypt, but later returns to France years later and finds Blanche who is now married and they share what they have done for the past years.I chose this book because it had a nice cover and when I read the synopsis, it seemed interesting.I finished this book because it was pretty interesting at most parts and because I was curious to find out how the childrens crusade performed.I recommend this book to Vidhu because this book teaches much about medieval history and religion which he might have interest in.